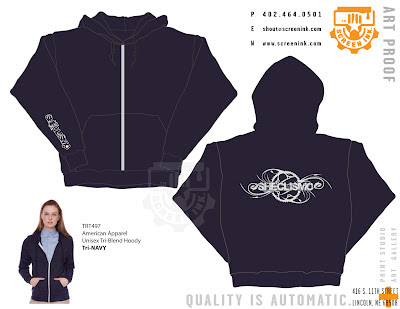 With a basic idea of order numbers, we need to get into the specifics of ordering blank goods for printing at Screen Ink. Big thanks to Screen Ink, by the way, for their support of our team in the form of a discount on printing! They are awesome! Also thanks to Single Barrel for getting us some $$ to get the order going!

If you please, fill this out by next Thursday, April 26th. Payment will be cash or PayPal to Elisabeth, due as soon as you can get it to me or at order pickup at the latest. You'll see prices listed next to each item. Also please note that I am assuming t-shirts and hoodies will be the women's style. PLEASE NOTE if you want men's cut on any of the shirts!

Posted by elisabeth at 6:57 PM No comments:

Grindcore grinds out 5 laps at Tranquility

It's Monday night, and though my recovery road ride tonight felt pretty good, my back and shoulders are still pretty beat up from Saturday's Tranquility marathon. Worth it? Oh, heck yeah!

So the weather. Let's talk about perfection. At least for Laps 1-3.5, the temps were spot on and the wind was minimal. It would, of course, have to pick up at the end. But the thing I love about singletrack riding is that even when it's windy, you're twisting and turning so much that you don't have the same sort of sustained headwinds. And considering the last time I rode at Tranquility was at last year's over-100∘ degree race day, I was fine with a little wind. And definitely fine with the upper 60s/low 70s. Particularly after the season opener at Swanson in the 90s...thank you, weather.

Because of the morning time trial (which Marathoners were exempted from for stage race scoring purposes), all classes of racers started in waves at the same time. Marathon was sent off between two heats of Cat 2 Men, and this was excellent placing for me. I got to spend much of the first lap paced by these fast fellas, mostly quite experienced and polite passers. To many of you in this group who know my name and say it when passing me, I'm sorry if I don't always say yours back. There are so many of you!! I digress...

I had fun in packs of riders, fun leading out little groups or hanging on the back of them, fun riding with friends like CVO and Whitney, chatting away, and fun trying to catch people (or as Whitney puts it, chasing boys) as the laps wore on. The course is so spread out that there were lots of friends I usually see that I only caught glimpses of, including some who suffered some gnarly crashes. To the likes of Janna, heal up, and I hope to see you out there again soon. (Also, wear your helmets, people. Hers is apparently in 4 pieces after a crash.)

At the start of my 4th lap, I was feeling pretty good. I'd paced myself nicely, finishing each lap in about 50 minutes with a little refuel break after each one. This, however, messed with my lap plan reckoning. I figured if I was taking about an hour per lap, 4 laps would be just about perfect for the 4 hour marathon. Shave off 5-7 minutes each time, and I came through the start/finish 25 minutes before the time cut-off.

And I had a decision to make. If placing in the women's race was all that mattered to me, I could've stopped right there. Casey is riding like a rock star, (taking on marathon in her first season racing!), but with a course this long, she was far enough behind that she wouldn't make it before the cutoff, assuring me a 1st place in that division. However, with longer endurance events on my horizon, things like saddle time and pushing myself to go on even when I don't really know if I want to are things I need to be doing. And I had a little herd of people encouraging me to give it a go.

I hemmed and hawed for 5 minutes before having Emily refill my water and grabbing some more food. I had the goaders-on's assurance that they'd still be there when I finished and race official Darrell's comment that I'd "already be sore, why not add a lap?" so I started turning the cranks for a relatively solitary Lap 5. I spent a chunk of time chasing Brian from EVCC, but after a sloppy move on the camel humps that had me rolling down the side of the hill, he was out of sight, and I finished alone, to the very enthusiastic cheers of the small crowd of remaining bystanders and finished racers.

Big thanks this time to teammate Emily, who, after racing and ending up on the podium (yeah, girl!) ran to the grocery store to get ice for my cooler, the one thing I managed to forget to pack. Not only that, but she stuck around long after, cheering me on and helping in the feed zone each time.
Posted by elisabeth at 9:55 PM No comments:

INFrequrently Asked Questions: Things you feel silly asking about or don't even know you should be asking!

One of the biggest barriers to entry into the cycling world -- as with many other subcultures -- has to do with vocabulary. When you make the step from occasionally riding around a bike you inherited or picked up at a garage sale into getting a new bike, buying the cycling wardrobe, and paying attention to your bike's general functionality, there is a veritable dictionary full of new terms to learn. Problem is, many veteran cyclists don't remember what it's like not to know any of that. And forget to explain.

Beyond that, there are many other little things veterans do that are just habit that you would never think about -- or might sit in your house scratching your head wondering about -- when you're getting started. Then there's the whole problem that there are some questions that a lady realllllly doesn't feel like asking the dude at the bike shop about. Catch my drift?

So, we bring you a new blog feature. Meet Gerta Gearhead.

Ann Landers-style, you can submit questions to Gerta. They will be answered under the cloak of anonymity.

I just got my first pair of padded cycling shorts. My friends have told me they make all the difference for long rides, and I'll admit my tush had been getting kind of sore. Once I got over the terrible rubbery leg openings that made my thighs feel like sausages, I left the house and went for a ride. My problem, Gerta, is that when I got home, my panties were all bunched up and sweaty in the most uncomfortable way. Worse yet, I think I may be getting a blister "down there." The horror! Why are my friends so crazy about these shorts? Are they all masochists?

Oh dear! Let's start from the top. Padded cycling shorts, also called "shammies," which is slang referring to the chamois pad (which, in the old days, was in fact made from a leather chamois), are meant to be worn directly against your skin. Leave those skivvies at home when you go for a ride. Even though it might seem strange at first, your lady parts will thank you for it! The chamois will wick the sweat away from your body, and if the shorts fit you properly, they will eliminate spots where the fabric might bunch -- those bunches are a great place to get blisters.

Another note: make sure you get out of that shammy as soon as you can after your ride. If you hang out in your sweaty shammy, you run the risk of developing saddle sores, which can form when you let the bacteria flourish instead of hopping in the shower. And honey, you don't want to experience those.

As for your friends, they may, in fact, be masochists. They are cyclists, after all.

Rumor has it that there was quite a turnout tonight. Can't wait to get the full scoop.

Soft goods from our friends at Screen Ink

Now that we're in the "eagerly anticipating the arrival of our kits" stage, it's time to think about the awesome around-town and post-race looks looks we want to sport. Jesse at Screen Ink has made some art proofs for t-shirts, hoodies, and dresses.

Our prices will be based on quantities we order (the more, the cheaper), so I'm trying to get an idea of the kind of interest we have so we can make an order happen soon! Not pictured are the totes, which would be likely $7-10. Please fill out the poll!

Posted by elisabeth at 7:58 AM No comments:

Speaking of How We Roll...

Several of you have started training for different things and I just posted a little overview of the system I use. It even has a picture. :D
http://sydspinnin.blogspot.com/2012/04/tri-training-proceeding-well.html

Posted by Unknown at 8:11 PM No comments:

The women of Sheclismo, professional & classy. 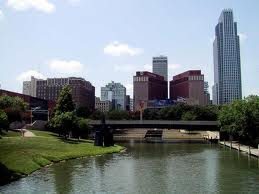 Omaha ladies-we're growing in number! And realizing that most of us can't make it to a lot of the rides in Lincoln, I wanted to invite you to join me on the rides I do/plan to start doing right here in our fair city:

Sunday-(road) ride with the Greenstreet Velo team. Start at Blue Line coffee downtown, 11 am
Rides will be somewhere between 25 and 40 miles, taking about 2 to 3 hours

Monday-WOMEN'S ONLY road ride focusing on learning/gaining experience with riding in a group. Led by the lovely Leah Kleager, 6-7:30 pm, starting at the Midtown Trek store.

Tuesday-Tenacious Ladies of Tuesday mountain bike ride. Relaxed gathering of women getting more practice/time out on the trails. Talk of skills clinic(s) in the works. Last 2 weeks have been 6 pm at Swanson. Find me or Megan Kaminski Doloto on Facebook to find out if there's a change in time or venue

Saturday-Greenstreet Ladies Ride. VERY relaxed ride with emphasis on female commaraderie
Meet 10 am in front of the shop, ride about an hour, then hang out a bit afterwards at Blue line.

The idea of being "ready" for the first number pinning of the season was funny to me this time around. I suppose that taking a bunch of the nerves out of it and remembering behavior patterns associated with racing meant that I've reached the true mark of "no longer a beginner." Got most of my packing done Saturday night, enjoyed time with family, and headed up for Sunday's newly 4 hour marathon class racing.

Let me say right off how absolutely excited I was Friday night to see that 21 women had pre-registered for the Swanson races. And with Jen not in the pre-regs, that made 22 or maybe even more.

For those of you wanting to improve your strength and speed this year, consider doing these time trials with Tom Woods. They're being held on Tuesday evenings. I won't be able to join until May, but they're great practice as you will find yourself working harder than you would on your own, but you will not be riding in a group, so it's much safer. GIVE IT A TRY. The coolest thing is that because of the staggered start, everybody finishes at about the same time. SAFE. Group ride to and from location. GREAT WAY to make use of your road bike.

Everyone meets up at Joyride Bicycles (16th & Old Cheney) at 6pm to go to the start.