Riding on the trail, taking a cruise to either eagle or roca. Leaving D St at 5:30
Published with Blogger-droid v1.6.7
Posted by elisabeth at 1:04 PM No comments:

Sheclismo at the Roller Derby 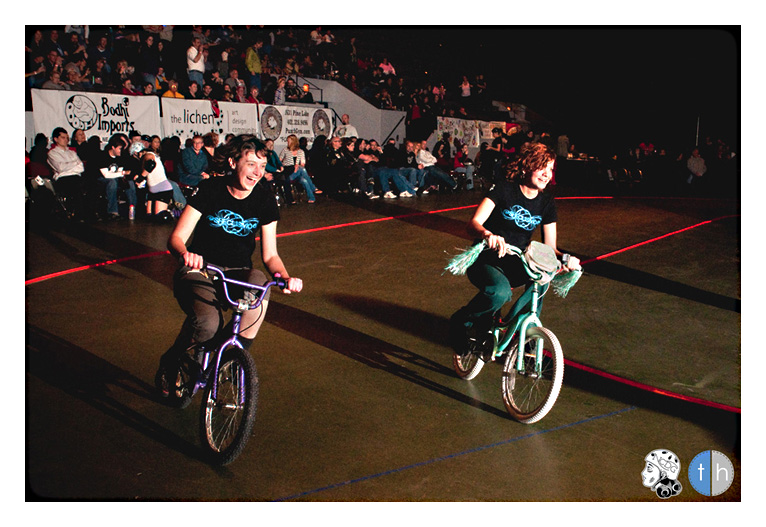 Elisabeth & Amber take a lap around the track

Here at Sheclismo, we like to support women in sports. Our sponsor, Joyride, is also a sponsor for the No Coast Derby Girls, Lincoln's Women's Flat Track Derby Association team. On Saturday, their Mad Maxines took on Milwaukee's Brew City squad, and we provided some entertainment at the intermission. Photos by Taura Horn/Taura Horn Photography. 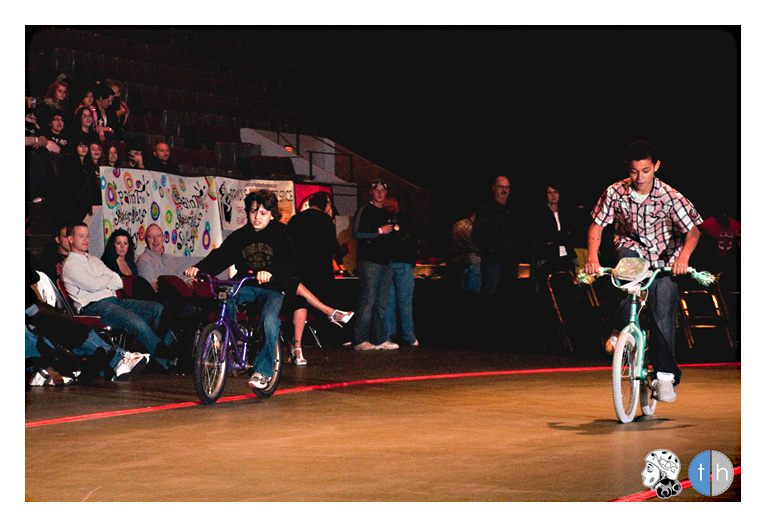 We had the announcer ask for two kids to who could ride a bike to come down to the track with a parent. As we got the boys on their bikes and he announced that they would be riding a lap, we pulled the surprise on their dads...they would have to race a lap to win! 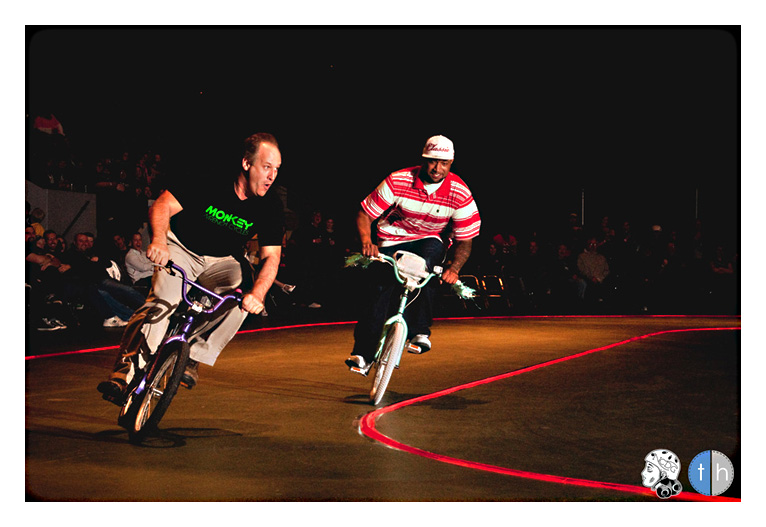 Thankfully, these two dads were good sports and up for the challenge. It was pretty fun to see them race on 20" girls' bikes. 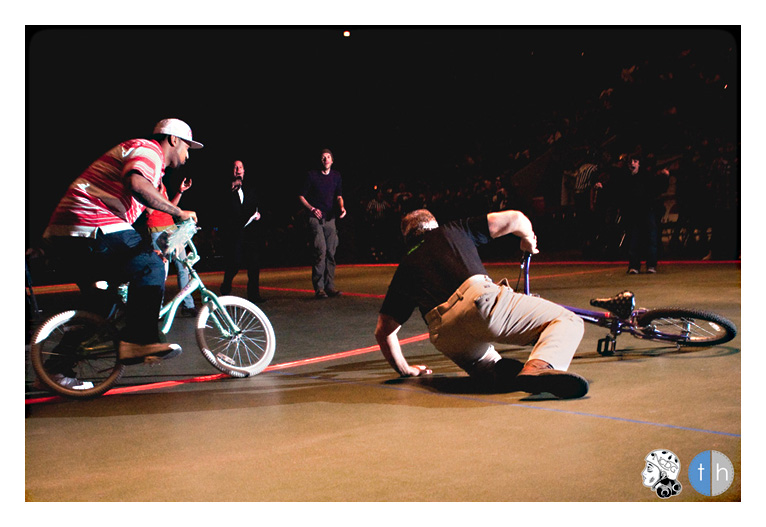 The competition got heated, and one of the dads went into a powerslide through the corner! It was a close finish, but Team Sea Foam Green Bike (I'm sorry I don't know their names) won.

If you haven't checked out a Derby bout, they are a blast. The next home game is April 30th at Pershing Auditorium.
Posted by elisabeth at 8:52 PM No comments: