Lincoln clothing, housewares, and lifestyle accessories designer Robot Luv is on board to add fun items to the Midwest CX Stitch pool at this weekend's series finale and awards party at the Hour Lounge. 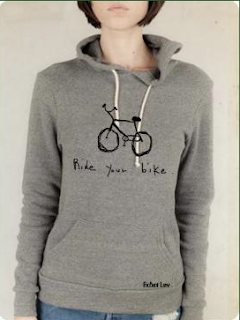 Designer Carrie Masters has already added fun to the mix with patches for the leader's tall sox, and you can expect more unique goods from her in the prizes and on sale at the awards party Saturday night.


Carrie Masters grew up in rural Nebraska, daughter of an Chemical Engineer/inventor and a Archeologist/painter. Living on a acreage 4 miles from the nearest town Carrie spent most of her youth daydreaming out doors and discovering nature. Carrie received her first camera at the age of nine, and took photography lessons through the local 4H. With plenty of time to experiment Carrie spent hours snapping pictures of whatever she found interesting, and later became the official photographer of her high school.

She studied, Art, Photography, and Anthropology at the University of Nebraska.

While in college Carrie met her future husband when she walked into his shop and into his life. His store was called “The Ozone.” A team was formed. She spent the next 12 yrs. managing the store, and being the in house designer for original art work, t shirts, tote bags, and other things that they would then sell to their patrons. The years in that shop surrounded with vintage clothing and punker apparel, helped to form her design sensibilities.

Carrie started designing for an LA based t-shirt company. In July 2006. Carrie then put her focus on her photography business, C. Masters Photo and her t-shirt designs. Carrie’s t-shirts can be found at Nordstorm, Virgin Megastores and Urban Outfitters.

Posted by elisabeth at 8:43 PM