Grindcore at the Dirty Kanza

For the last two years, I've shied away from the Dirty Kanza 200, a 200-mile gravel race through the Flint Hills of Kansas. It's notorious for being hot and shadeless -- as it traverses some of the last remaining unplowed native tallgrass prairie -- and people who know me will know that I'm not exactly a fan of the heat. (Look no further than my cyclocross nickname, Grindcore, Princess of the Ice...)

This year, it was the initial cost of entry that kept me from signing up right away. But when my buddy Chris was selling an entry to raise funds for his house, I decided to bite. Soon after, I realized this would sandwich two weeks after Almanzo, two weeks before Ponca, and four weeks before Odin's Revenge. Suddenly, I had one helluva gravel calendar.

In the week leading up to the race, I had a couple mild onsets of panic. Read more, even though the photo below is a spoiler... 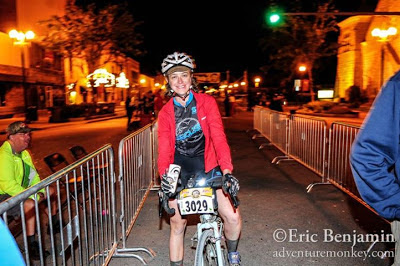 (Photo by Eric Benjamin)
Posted by elisabeth at 2:15 PM No comments: