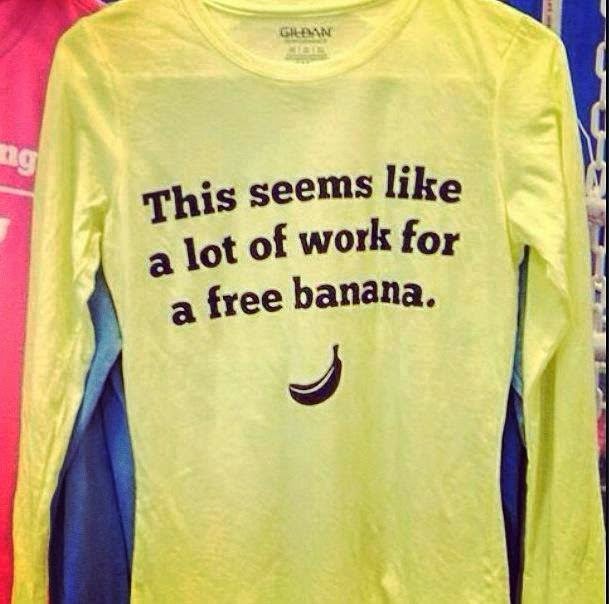 I had battled plantar fasciitis since September and honestly thought I would never run again.  Thanks to Dr. Leon Hansmeier, however, 6 weeks ago I finally started running again.  I signed up for a triathlon in July--I'd be ready by then.

In the meantime, I found out that water temps at Hickory Grove Lake hovered in the low 60s.  I found a 2mil shorty (wetsuit) locally, but the race director suggested he could find something more appropriate for me.  If not, I could switch to the Duathlon.  I left Lincoln not knowing which race I would end up doing.  I had not trained at all for the Duathlon.

When I showed up at Bike World in Ames, Iowa,  for packet pickup on Saturday, I met a gal named Naomi who had signed up for her first event ever--the Duathlon.  She’d heard that lots of beginners do this triathlon.  As a larger girl, she worried she’d be the very last person to cross the finish line.  I smiled, knowing exactly how she felt.  In my very first triathlon, I was in the last group and I literally could have been the VERY last person to cross the line.  I remember crying.  Assuring her, I touched her shoulder and said, “Naomi, if I see you toward the back, I will run with you and cross after you.  I promise.  Now just go out there and HAVE FUN!  I’m over being last.  I don’t mind.”

And in the depths of me, I knew it to be true.  I really didn’t care if I came in last.  It was about my finishing a race for which I had not trained.  It was about moving and having fun.

The next morning, I arrived at the venue early enough to get marked with a brand new sharpie (you know what this means, I cannot get the marks off my arm–my badge of pride).  And early enough that the boats just tied up the buoys for their placement in the lake. 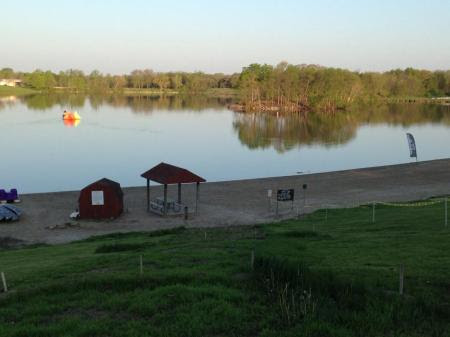 And early enough to get a spot in transition (not a prime one, but one I could find).  Lots of Tri bikes, I thought to myself.  And very thin people.  And people with massive legs.  And as more people started to show up, I realized that I had never seen so many matching “Tri Team” singlets, TT bikes, Tri Bikes, and professional Aero helmets in my life.  I’m doomed.  Good lord.  These are not beginners!


I walked around, enjoyed watching the $5k-$10k bikes go by, people practicing their run from T-1 to the bike mount, hoping that my hands wouldn't be too cold to tie my shoes.  Perhaps I should’ve switched pedals so I didn’t have to change shoes?  Whatever.  I didn’t even train for this race.  I’m just going to have fun.


The race had a simultaneous beginning, first swim wave and Duathletes.  I looked around me.  Yup, what they say is true–runners do Duathlons.  Me and Naomi?  Not runners. 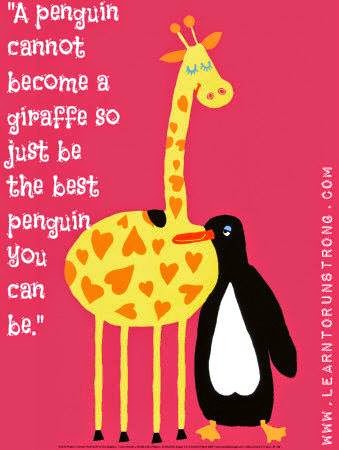 But I am an awesome Penguin.

I predicted that I would be dead last.  I was dead last.  Not even close to anyone.  Not even Naomi.  What was I thinking?  Good heavens this is going to be a long morning, I thought with .2 mile to go.  I looked up and saw a 60+ woman struggling along at the beginning of the run.  Ah, I wasn’t last after all.  She must have been in the bathroom when the race started–or trying to find parking.  As I ran, I gave myself the pleasure of looking over at the swimmers–reminding myself of the alternative.  And smiled.  Running’s not so bad.  And it’s only .9 (actually .93), but a few very steep hills.  At least I was out there trying!

I made it back up the last hill and over to transition and switched to my cycling shoes.  I “hopped” on my bike and took off.  Before I could even start peddling, three people passed me.  Wow.  Their bums were as wide as one of my butt-cheeks.  I bet I see those again, I thought to myself.

The course was a five-mile loop that we did three times.  And sure enough, I saw the same skinny bums pass me again.  Pretty sure several folks passed me twice.  Pretty darned sure.  But I didn’t care.  I was a penguin and I was having fun.

But for some reason, my brain kept trying to convince me that I would never finish–that I should bag the last running part.  That I had given it the old college try, but it just wasn’t my day.  It was all I could do to shut that voice. . . to make things worse, it took me about 6 miles to find my cycling legs.  That’s the longest it’s ever taken to find my cycling legs.  Then it occurred to me. . .

This is my first BRICK of the year!

I had to do this Duathlon--I just couldn't take another DNS.  I had too freaking many of them last year.

So here I was, racing with dudes flying past me going at least 20mph, probably faster.  While I did pass four people, I felt guilty about it.  I knew how they felt and hated adding to their pain!   So I encouraged them as I creeped by.  Only two people cheered me on as they passed me.  Women.  I miss all women’s races.  SO much more encouraging of each other.  Two gals even said, “You’re a tough one to catch!”.  That made me feel so good.  I’ll have to remember that one for next time.

I survived the 15.67 mile course, made it back to transition.  I changed shoes and headed out in a slow trot toward the 5k run course around the lake.  At .2 miles in my Garmin beeped.  I looked at it and it said, “Walk 1:00″.  Well, look at that!  I still had it set for the Jeff Galloway method!  So, I decided to follow the Garmin’s advice.  Why injure myself and lose yet another year to injuries?  If I feel good, I can run the last one or two miles.

About .5 miles in, I encountered Naomi.  She looked tired.  And very hot.  We both grabbed some water/gaterade at the hydration station at mile 1 and then played leapfrog for the next mile.  I got used to the sound of her footfalls coming up behind me, and would cheer her on when I did.

I had to make sure I did not get too far ahead of Naomi.  She told me she had a heart rate monitor and was trying to stay between 155 and 175.  I wanted to see how long I could run without walking and hollered to her, “I’ll be waiting for you!” Every so often I’d turn around and holler encouragement at her, but I could tell her fatigue had started to set in.  In my heart, the race became about giving her a positive first experience--it wasn't about me.  It took me a day to realize that.

I waited for her .6 miles out, at the next hydration station.  She seemed relieved to see me.  Then I got quite a bit ahead of her again.  At .1 miles out, the little crowd saw me and started cheering me on.  I stopped and turned around.  Naomi had dropped back quite a bit.  I stood and stretched as the very confused race volunteer kept urging me, “This way, ma’am!”  As she got closer, she told me that she had a cramp in her calf.  She stopped and stretched it a bit, then I encouraged her to walk a little, then we would run the last .1 mile together.  She did, and then we did.

I talked her in, sharing in her pain:  “I hurt too, we all hurt!  Hang in there!” and just as we got to the finish line, I stopped and let her cross before me.


We hugged and then headed to the snack area.  All the bananas, all the fruit, all the good stuff was gone. There were a few mini candy bars, three snickerdoodles in two huge empty boxes, and crappy little Dolly Madison donuts–you know the kind, powdered sugar and “chocolate” coated donuts.

A bit of advice to fast people:  if you finish at the beginning of the race, wait until EVERYONE is done before going back for seconds please?  I ran and cycled almost 20 miles and didn’t even get my friggin’ banana!!!  :-)

On the long drive home, I thought about the race.   It was a great day. 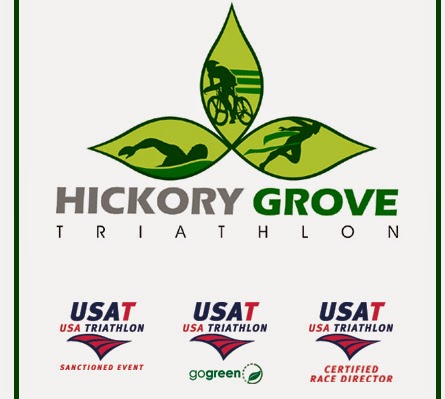 I made a difference in someone’s life.  I was a positive influence on those around me.  I crossed the same finish line and burned WAY more calories than them skinny dudes (over 1,800 kcals).  I took a chance on myself and never, ever gave up!  I overruled that stupid committee in my head saying that I’d never make it.   And most importantly, I HAD FUN and I FINISHED a race that I had not even trained for!!  All in all, I was a winner! 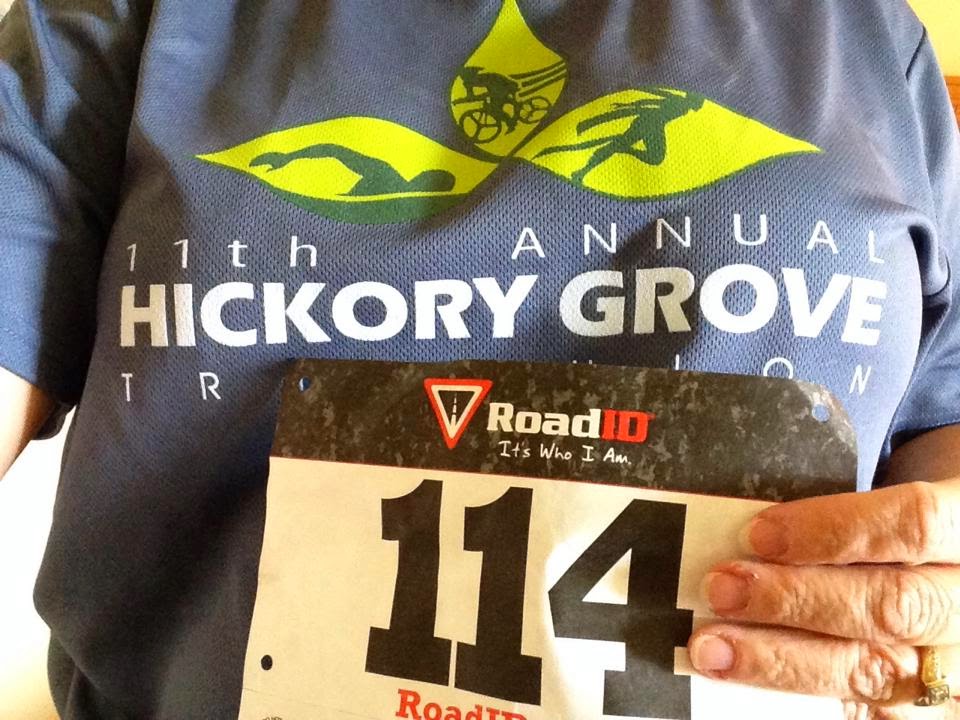 As a final side note, when I switched to the Duathlon, somehow I was dropped out of the Athena category  :-(   Otherwise,
I WOULD HAVE BEEN FIRST PLACE!!!

(Shhhh:  there were no other Athenas in the Duathlon–that should also tell you something about who signs up for Duathlons!).
Posted by Sandra at 4:20 PM